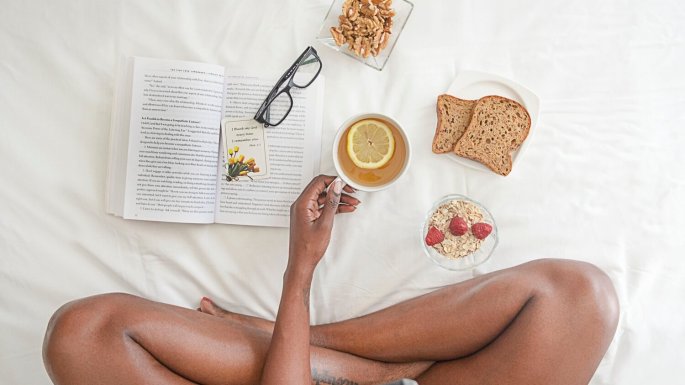 (First published on The Candidly.)

Recently, my mom was lamenting mistakes she made as a mother while my brothers and I were kids. It broke my heart. It was such a moving example of what so many moms do, which is to beat themselves up for the mistakes they made or believe they are making as mothers.

Beyond that layer of regret, however, lays a deeper, more persistent thought process of negative self-talk. It’s a process of constant self-berating that adds up to ‘I’m not good enough.’ I’m not a good enough mother. I’m just not good enough, period.

Sometimes the flood of negative inner chatter can be such a constant, that it’s hard to imagine a time without it.

If you grew up in a household of highly critical and judgmental people, then you most likely absorbed all of it like a sponge, internalizing it and on a subconscious level, turning it into your own inner critic.

So how do you talk to yourself? Do you hear harsh voices saying, ‘You’re terrible at this!’, ‘You always mess things up!’ or do you hear, ‘It’s not that bad. And everything is gonna be ok’?

If it’s the former, your inner voice might be carrying the pain and negativity of the voices who spoke to you with such judgment. Though this is just an article on the internet, here’s our attempt to give you the tools to break that pattern and avoid creating a similarly shaming internal voice for your own kids.

Your negative self-talk is not you.

Who was it in your household that was critical or judgmental of you? One of your parents? A sibling? Did they consistently undercut your confidence or intelligence? Or were their comments geared toward your appearance, like ‘it’s too bad you’ll never be as beautiful as your sister’ or ‘maybe you should skip dessert tonight.’

Comments like these brutally undermine a child’s sense of self. If that kind of talk was constant in your life, then you most likely internalized those messages until you began saying those things to yourself, and potentially, to your own child.

Here’s the thing—those thoughts aren’t yours. They were never yours. They belonged to whoever planted them in your head. The trouble is that after years of living with such harsh inner self-talk, it’s hard to recognize it as someone’s else’s shit, and let it go.

How to stop negative self-talk.

There is no quick fix or shortcut to undo a recording that was made decades ago and has been playing on loop ever since. It’s a process to unlearn toxic thinking, but you can do it.

When I started this work for myself (and trust me, it took a while for me to figure it out), it was as if I had a chorus in my head shouting terrible things to me on the regular. As I worked on it, the chorus shrank to four or five distinct voices that I named, like “Doomsday Sayer.” With a little more work, even those voices dwindled to (what I like to describe as) two guys sitting on a couch playing video games who would occasionally lift their heads to shout ‘You Suck!’ and then go back to their gaming. And today, fortunately, even they have retired.

The first step is awareness. For some, beating ourselves up is like being a fish in water—it’s all that we know. These thoughts are deep-seated in your subconscious and operating independently of your control.

The next step is to interrupt the thought. It’s a habit, and like any habit, if you’re able to throw a wrench in it, you can loosen the grip the habit has on you.

To interrupt a negative thought like, ‘I always mess things up,’ as soon as the ‘I always…’ starts say, ‘Stop’ or ‘Interrupt’ out loud or silently to yourself. The simpler the command the better. I will make a random noise or say something out loud that is completely nonsensical just to interrupt a thought that I don’t want taking root.

Interrupt it. Then replace it.

This is where a mindfulness approach really pays off. Mindfulness is the practice of being present in the moment. After you have interrupted the thought, become aware of what you are doing at that moment and give it your full attention. Say to yourself, ‘I’m washing dishes’ or ‘I’m driving to work.’

Whatever you are doing, become completely present with it. This alone can break the power of a negative thought at that moment. If the voice starts again, gently bring your attention back to what you are doing.

A word on affirmations.

Some suggest affirmations overcome negative self-talk. However, it can be hard to jump from thoughts like ‘I’m a worthless piece of shit’ to ‘I’m beautiful, I’m powerful, and I can do anything,” and actually believe it. Affirmations can feel forced and phony if you’re not feeling them.

Instead of reciting an affirmation that feels remote and disconnected, create new thoughts that are true, like ‘I’m getting better’ or ‘I’m improving.’ Those at least feel honest because you can point to something concrete in your life that you’ve improved at with time and repetition. Remind yourself of your own progress, and use that to remember how you are always getting better at something.

To counter limiting judgments, we must challenge them with reality and replace them with more life-affirming beliefs. If you are constantly hard on yourself, then you are in need of a big dose of loving-kindness in the form of self-appreciation.

Here are two simple exercises that can help you cultivate self-appreciation:

IF THESE HANDS COULD TALK 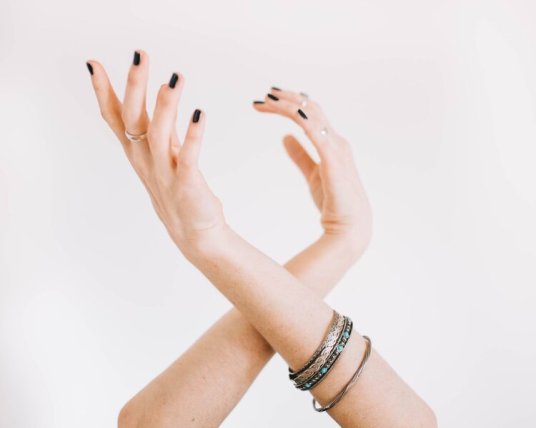 Take a minute and look down at your hands. Lift them up to eye-level and look at the backs of them then turn them around and look at your palms.

While looking at them, think of all the things your hands do in a day. They do so much—provide care, comfort, tenderness, pick up children, groceries, the dry cleaning, prepare meals, type emails, reports, contracts, articles, etc. You do a lot. And each day you get up and do it all again.

Take a moment to appreciate them. Acknowledge all that you do and give and are to the people in your life. 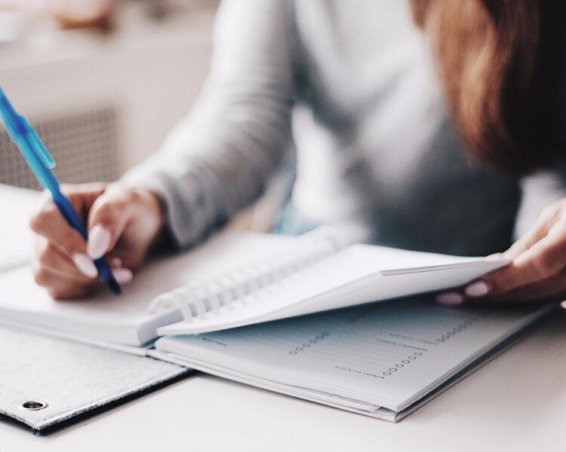 Take a blank piece of paper and draw a line down the middle dividing the page into two columns. On the top left write ‘Old Beliefs’ and on the top right, ‘New Beliefs.’

Under the Old Beliefs heading, start to list the first five self-criticisms that come to mind. Then on the right side, come up with alternative thoughts that are affirming and make you feel good.

Old Beliefs: I must be thin to deserve love.

New Beliefs: I deserve love regardless of how I look.

New Beliefs: If I make a mistake, I learn from it and do better the next time.

New Beliefs: I love my kids and I’m good enough.

The goal is to identify, challenge, and replace limiting beliefs in the form of negative self-talk into more constructive ones.

Why do any of this?

If you’ve been living under the weight of negative self-talk without realizing it, you may not have recognized how tiring it is. Churning out novels of diminishing thoughts uses a lot of energy. It can drag you down, zap your joy, and make life feel like a slog. It’s a burden. And for any parents out there, you need all the energy you can muster.

Don’t forget that your criticism isn’t limited to yourself. Chances are, if you’re super critical of yourself, then you are also critical of those around you, such as your children and spouse or partner.

Remember that person who criticized you in your childhood? You might be doing the same thing to the people in your own life without intending to.

That’s why it’s so important to transform our negative self-talk so we aren’t putting that crap on the people we love.

Your kids soak up everything you say and do. The example you set both explicitly and implicitly will become the foundation that will dictate how they feel about themselves and how they interact with others.

If you constantly berate yourself in their presence, they will internalize that and learn to berate themselves too. To make matters worse, if your self-criticism has become criticism of them or the things they do, this can lead to feelings of low self-worth and low self-esteem.

Thus, it’s crucial to model positive self-confidence. Start by being kind to yourself in front of your children and avoid saying self-critical things in their presence.

Say, for example, you burn dinner one night because you are distracted by other things going on in the house. Instead of cruelly chastising yourself (‘I’m such an idiot!’) in front of your kids, you could take a breath, let out a laugh and say, ‘Looks like it’s sandwiches tonight, kids. Mom goofed.’ And ps, they’ll probably be thrilled.

In that moment, you’ve shown your kids that everyone makes mistakes, it’s not the end of the world, and that there is a solution. Instead of being self-critical, you showed yourself compassion. Your kids will pick up on that.

The negative self-talk that you’ve lived with for years is a learned behavior. The good news is that it can be unlearned. By interrupting the old thoughts and replacing them with life-affirming ones, by practicing loving-kindness and self-appreciation, you are teaching yourself the behavior of self-love.

Most importantly, you’re teaching self-love and positive self-regard to your kids. And there might be nothing more important than that.